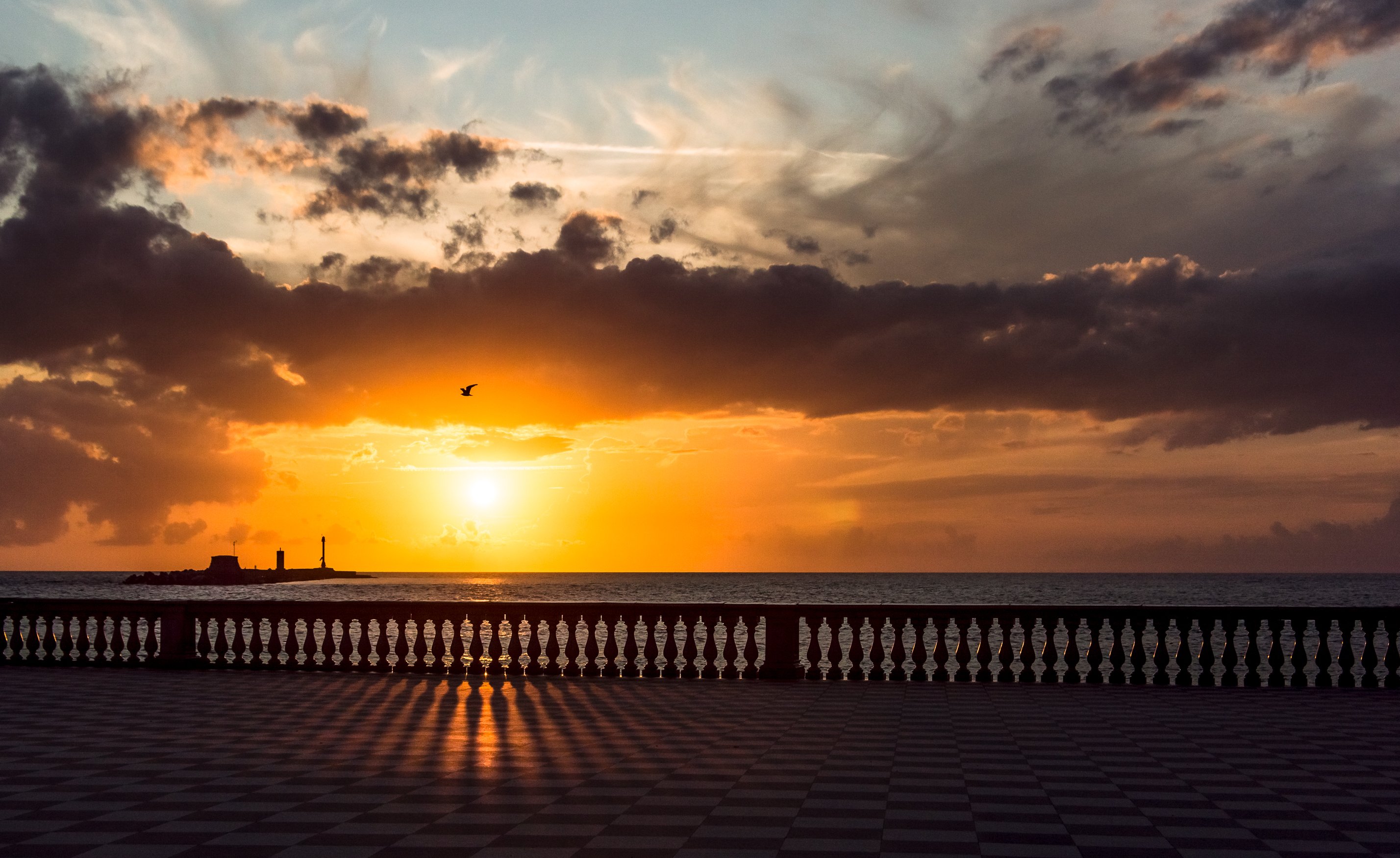 Livorno, or “The Medicis try to tame the seas”

The Medicis founded Livorno as port to rival Pisa in 1577. They commissioned Buontalenti to build the city with its fortresses and military outposts. Ferdinando de Medici encouraged exiles to come to Livorno and the city soon became a melting pot of sorts for the entire Mediterranean. The city grew and developed steadily for centuries, but when Italy reached unification in 1868, the importance of Livorno as an independent free port evaporated, and the city diminished somewhat in importance.

However, its position and history kept the heart of Livorno alive, and today it is Tuscany’s third city, and a lively industrial port known for its maritime traditions and history. Livorno is the home of the Italian Naval Academy and one of the major ports of the Tyrrhenian Sea. Those of you who have read Chen’s book, Rosemary and Bitter Oranges, will not be surprised to learn that her well-to-do family was in the shipping and import business.

There are wonderful views of the coast from several points throughout the city, and the historic center of the town is not without its charms. The original Medicean port is overlooked by both the Fortezza Vecchia and the Fortezza Nuova. The Fortezza Vecchia was built by Sangallo il Giovane, and it stands as a monument to the efforts of the Medici to build a great city where only a small fishing village once stood; its architecture and position combine to make it the most imposing among the Medicean urbanization projects of Livorno. The Fortezza Nuova was built in the 18th century, and today it is a pleasant park, providing visitors with terrific coastal views.

Between the two fortresses lies the district of Nuova Venezia, of which Cadogan’s Tuscany guide says, “for picturesque tranquillity, it may outdo its famous precursor. Little Venice is a quarter only a few blocks square, laced with quiet canals that flow between the Fortezza Nuova and the port, lined with sun-bleached tenements hung with the week’s wash.” The channels of Little Venice were important to the early fishermen who began to inhabit this neighborhood in the 17th century. You can also find the Santa Caterina church here, and in it, Vasari’s Coronation of the Blessed Virgin in the apse.

As mentioned earlier, Ferdinando encouraged immigration and welcomed exiles to Livorno, and hence the town is dotted with churches representing a variety of nationalities and religions. Armenians, Greeks, and the Dutch all have national churches in Livorno, and there is a Sephardic synagogue. Most visitors interested in churches head to the heart of the city, the Piazza Grande, where the cathedral stands. It contains notable works by Jacopo Ligozzi, Passignano, and Andrea del Sarto.

It is not the cathedral however, that is Livorno’s most enduring architectural and artistic monument. This honor belongs to the monument Quattro Mori, or the Four Moors. The monument was begun by Giovanni Bandini in 1595 and completed by Pietro Tacca in 1626, The bronze figures of the four Moors are symbolic of the town’s far flung traditions, and it is dedicated to Ferdinando I.